I know, I know – “who the f*ck am I to be in any position to give advice?”. You’re right – I’m virtually nobody, and you’ll probably better off listening to some gamedev vets who have many successful (or finished, at least) games in their portfolios. But think about it – we learn from our mistakes. And who better to give you tips about what to avoid than the person who’ve made all of the mistakes? I failed so many times that I can probably teach the course called “Game Development: What you definitely should not do”.

I want to share my experience with all of you. To those who just began their journey – heed my warning; and those who are more experienced – well, you can mock me if you want.
¯\_(ツ)_/¯

1. Don’t try making your dream game on the first try

Seriously – just don’t. I understand that having your dream game in your mind is probably the very thing that got you into thinking about developing games at all. But the chances are (unless you are INSANELY skilled in all of the areas) you will fail miserably. Almost nobody made their big hit as their first game; even if they did – they probably had lots of experience before that.

The first game that I tried to make was an open-world CRPG. A mix of Gothic and The Elder Scrolls, with my own setting and plenty of new mechanics. It all started during school, where I and my friend decided we should make a game. After sitting down with pen and paper for a month or so we had plenty of paperwork, but we were no closer to creating the actual game. We tried “hiring” enthusiasts for free on the internet. You know those threads that everyone hates – a boi comes and says he’s making an UBER MMORPG SANDBOX SURVIVAL FPS PUZZLE game and he wants everyone to work for him. There were no tools like Unity or Unreal back then so you can imagine where that left us.

All we ended up with was a couple of sketches and plenty of paperwork. After a few years, I tried picking this idea up and making this game in Unity. That was my first time using that framework. Here are a couple of early (back from the school days) character/monster concepts and a few later screenshots from Unity:

Looks at least okay, right? But did it work? Was it an actual game? Or even a prototype? Not even close. All I did was a basic character movement and moved assets around the scene a lot. Honestly – I see too much young lads who announce their “big project”, while in fact, all they have are a few assets places on a scene.

In this case, everyone suggests making a super-simple game. But that didn’t help me much. I got bored with a small game every time even before it was fully playable. But I’m not saying you shouldn’t do it. While making simpler things, I learned. I still consider myself a beginner, but throughout the course of abandoning after project, I learned things. I suggest you just try a few things, and even if they don’t pan out – it’s okay. There’s no point in forcing yourself to develop a game if it bores you to death. Sooner or later, you’re going to find a project that you can actually do, and the one you also like doing. Besides getting bored, I abandoned some of my projects because I realized they were too complex for my current knowledge.

That’s why with the current project I’m trying out something new. It’s pretty simple (, especially shooting *sarcasm*) and I feel like I’m okay with the level of complexity of implementing different mechanics and systems; and I also don’t rush – I’m taking one step at a time. I’m patiently making one small thing after the other. And it works. I ain’t tired of the project (a whole month, almost every day – and I’m still going strong! That’s new for me) and I can actually see the progress. It’s so much better than moving assets around.

You might ask, why the f did I suggest making a simple game if I am developing something that doesn’t look like a minimalistic mobile 2d hyper-casual game? Well, I’ve been at it for a few years now, and I have found my own golden mean, my own pace; the game is not too simple to get bored and not too complex to abandon it. I have plenty of stuff I want to add to the game. But if at any given moment I’ll realize that *this particular* thing is making the development process too tedious, I just won’t add it to the game. Don’t be afraid that your first game might not be that great. It’s totally okay.

What? Learning stuff? Are we at school? Well, unfortunately, you can’t go around making games without understanding first how they work, what do they consist of and everything in between. On some basic level, you might know game design already: after all, you’ve probably played games in your life and, subconsciously, you were taking notes of how particular things are made and how they work together. This particular skill – the “reverse-engineering” of the games you play, is very important for a game designer (I’ll talk about it further) and it comes with practice.

But you should not rely only on your “insight” ability, and should actually read books and articles about game design. The more – the better. For now, I don’t have a post about books on game design, but I’m thinking about writing one. But in the meantime, just go on google and search for game design books. There are plenty of them out there. Just pick one you like the most and start reading it. Two of the most popular ones are Jesse Schell’s “The Art of Game Design” and Scott Rogers’ “Level Up!”.

Even if you start reading and realize that you somehow already know some of the stuff – keep going. Information in such books is structured in a logical and easy to understand way, and will put your thoughts and knowledge in order. Some things there are pretty obvious, while others are not so much. Anyhoo, it will give your game designer’s mind a foundation for further development.

Game design is what drives every game. There is not a single game that doesn’t follow one rule or the other. Yes, some of the games bend those rules or completely break them – but that’s the whole point of creativity. In order to break and bend the rules, you must first understand them and acknowledge that they exist.

3. Play a lot, but not for the sake of playing

I’m not saying you should not play for fun at all. But when you play various games, take notes of different stuff. What’s the core loop? Is there a single mechanic at the base of the game or are there several that work together? How is UI set up? And many, many other things that make the game a game. Write out ideas and implementations that you liked. T notes of what makes one game different from its competitors and so on. With time, you will learn to reverse-engineer the game design of any on the fly.

This has a drawback, though. With some games (especially mobile), you can quickly lose interest in them after figuring out how they are built. The most recent example from my life is The Elder Scrolls: Blades. After a couple of hours, I did quick math and figured out how much I would be actually playing and enjoying this game, and how much I will be grinding for resources and battling timers. The latter seems to take most of the gameplay time, so I was hugely disappointed in this game even before it started frustrating me.

But it sometimes can be a blessing as well. When you’re playing a game and see some game design trick and you’re like – “WHOA! Now that’s an awesome thing they did”. With time, you will learn to understand not only that games bring out certain emotions, but HOW they do it.

4. Use the “Analyze and Improve” method

Continuing on the previous tip, there’s a neat trick you can do while developing games. Let’s imagine you want to make a certain game. Find its closest alternatives and similar games, and play them. While playing – analyze: what you like and what you do not.

Then, when designing your own game, take what you liked and improve it in any way you think is best. Maybe the change of setting would be good for this genre, or maybe making movement vertical instead of horizontal would do the trick. Then try avoiding the things you did not like in those game you played. But don’t ignore them altogether – again, think about how to improve them in such a way, that instead of cons they become pros.

I know it’s tempting to just make a straightforward rip-off of some popular game. After all, “Clash of Clashing Clans: The Clan Clash”-like games are very popular and earn millions of dollars. But I think that’s just an ill taste. You’ll have to think twice whether you want to be an artist or sell your soul to the god of microtransactions.

5. Keep a ‘journal’ of your game design ideas

Having a piece of paper or a phone with a note-taking app with you at all times is a must. You don’t know where inspiration will strike you and you gotta be ready. Any idea that comes into your head may be a valuable gem (or complete trash), but nevertheless – write it down somewhere.

If you’re busy with some project at the current time, you might revise your ideas after you finish it, and pick one (or even combine several) for your next game. The best thing about revising your idea later – not at the moment it hit you – is that you can critically review it and see whether it is really good, or not so much.

This happened with my game (the one I talked in the beginning), Aresera. Coming to the notes several years later felt very weird. But it was very insightful to look at what I created some years ago and review it with the current knowledge and experience. Some of the ideas were SO lame – you won’t believe it. But some of the ideas which we came up with and didn’t see in any of the games at that time – we saw later in some of the popular games. So it wasn’t all that bad, huh?

There’s a very cool website called “Three Hundred Mechanics” – definitely check it out. A guy wrote down (or still does?) his game design ideas. Some are very thorough and detailed, some are just a short notions – but you can see how such idea journal can look like. Or even find inspiration there.

I guess I’ll end this article here because it’s pretty big already. At first, I wanted to make a list of 20-30 tips, but as you can see, it would be really huge, and nobody in their right mind would read this.

Anyway, I hope you had a great time and found something useful among these lines. 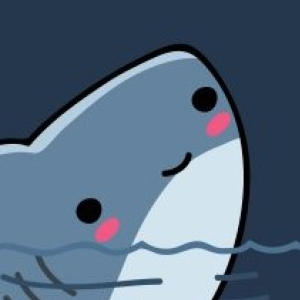 I like games. And I like gamedev. Sometimes I just feel the need to write an article or two about either.